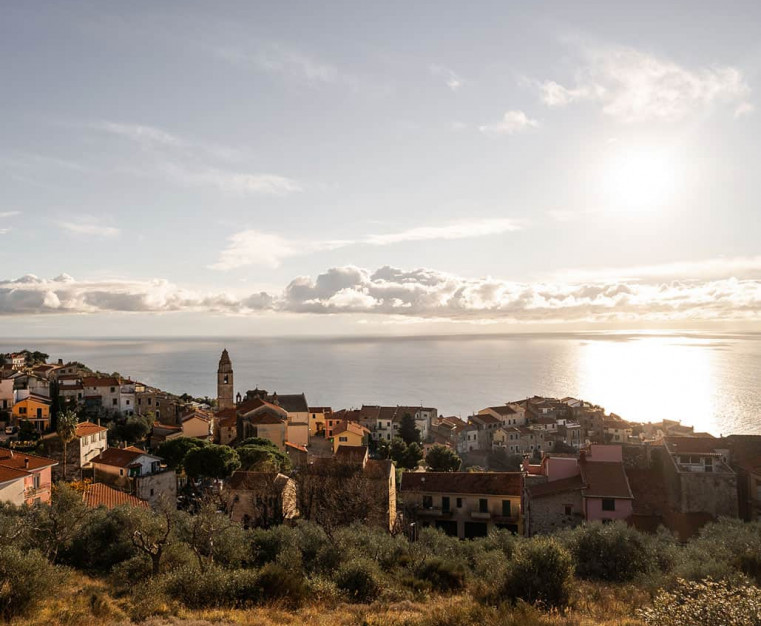 The name 'Cipressa' seems to have originated from its first settlement, which can be traced back to some shepherds from Cyprus who, having landed on the shores of the Aregai (the "Drowned"), climbed up the promontory and established the first urban centres. This theory is contradicted by the one in which the place name is more likely to have come from the term 'cupressus', i.e. 'cypress forests' that populated the area in the Middle Ages. The village was first mentioned in 1150 and then acquired greater strategic importance during the 13th century due to the fertility of its olive groves. In the 14th century, when Cipressa was ruled by Genoa (Superba), it was divided into three large districts, named 'Castello', 'Poggio' and 'Collautra'.

Today, it is a characteristic fortified hilltop village in the Ligurian countryside, with numerous narrow alleyways, 'carruggi' and cul-de-sacs, vaulted walkways, undulating streets and carved lintels that still bear witness to the splendour of its medieval past. Some of its most striking architectural features are the tower-houses and defensive garrisons that guarded the town against pirates in the 16th century, but it is the impression of a small fortified town that most amazes tourists.