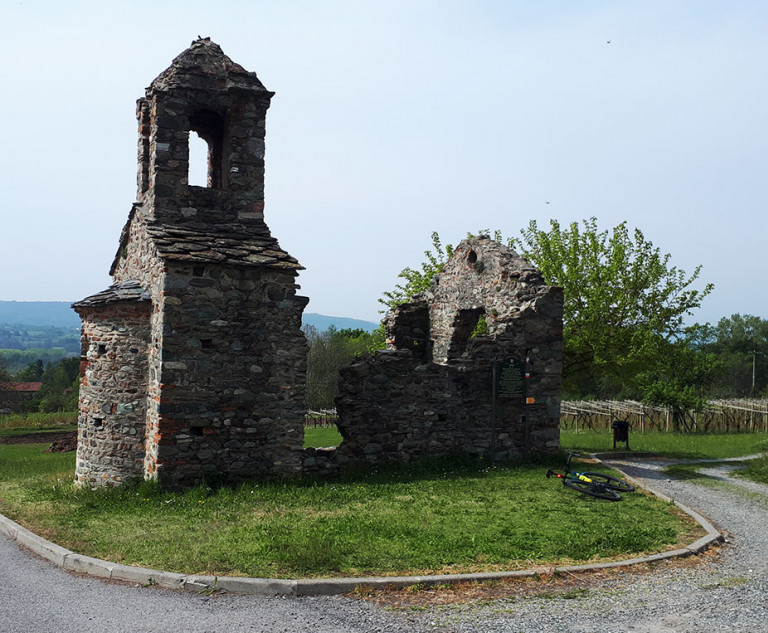 From prehistory to the industrial age

A bicycle tour that represents a journey through time: from the reconstruction of the ancient pile dwellings of
Anzasco on Lake Viverone, we will ride along the roads among the hills of the Serra Morenica (the largest
moraine in Europe), until we arrive in Ivrea, which has recently become a Unesco Heritage
by Unesco as an industrial city of the 20th century.
50km 450m
During the tour we will be able to admire the unique panorama of the Serra d'Ivrea: formed in the Quaternary
during a great glaciation, it sets like a precious gem the Viverone Lake, the heart
of the Ivrea Morainic Amphitheatre. We will partly follow the roads of the Via Francigena immersed in the vineyards
typical of this area and some churches that bear witness to the passage of pilgrims.
Arriving in Ivrea, a Unesco World Heritage Site and world famous for Olivetti, we could taste a
slice of Torta Novecento whose recipe has remained secret since its invention (late 19th century).