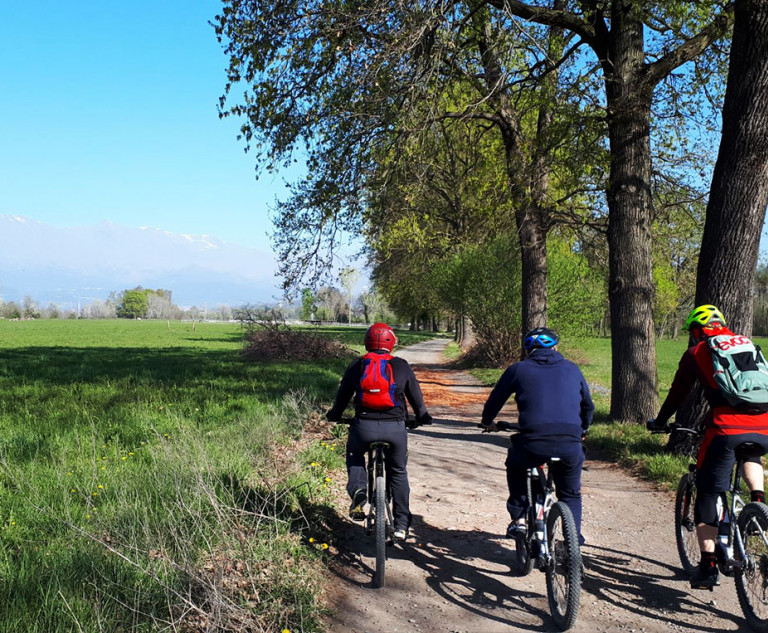 the legend of the grasshopper

A bike tour to uncover the secret life of the vines that produce the precious Erbaluce, the wine that has been synonymous with excellence in the Canavese area, situated in the north-west of Piedmont on the border with Valle d'Aosta, since 1600.
55km 600m

Erbaluce is an ancient grape variety, of which G.B. Croce, Duke Carlo Emanuele I's trusted jeweller, wrote in 1606: "Erbalus is a white, called 'alba' (dawn) because it shines bright white; it has round, dense and abundant grains, and a hard shell or peel; when ripe, it is ripened and coloured and is kept on the plant for a long time".

Erbaluce was the first white grape DOC in Piedmont. The vine, which is related to Fiano, was brought to Piedmont by the ancient Romans almost two thousand years ago, and here – in the Canavese hills overlooking the Aosta Valley, which have plenty of sunshine and a wide temperature range between day and night – it has found the perfect habitat. Legend has it that Albaluce was the daughter of the Sun and the Dawn, a beautiful girl adored by all the inhabitants who competed to ingratiate themselves with her by giving her gifts. However, a disaster wiped out the inhabitants and Albaluce was so grief-stricken that she cried all day and all night. Her tears falling on the fertile soil turned into grape vines laden with heavy bunches of white grapes, which were named Erbaluce in her honour.

The tour winds its way through the rolling hills where the legend of Erbaluce was born, along quiet roads that skirt some of the area's lakes, such as Lake Candia. The tour takes us past the Castello di Agliè (built in the 12th century) and you can visit Villa Meleto, the summer residence of Guido Gozzano (a member of the Crepuscolarism literary movement).